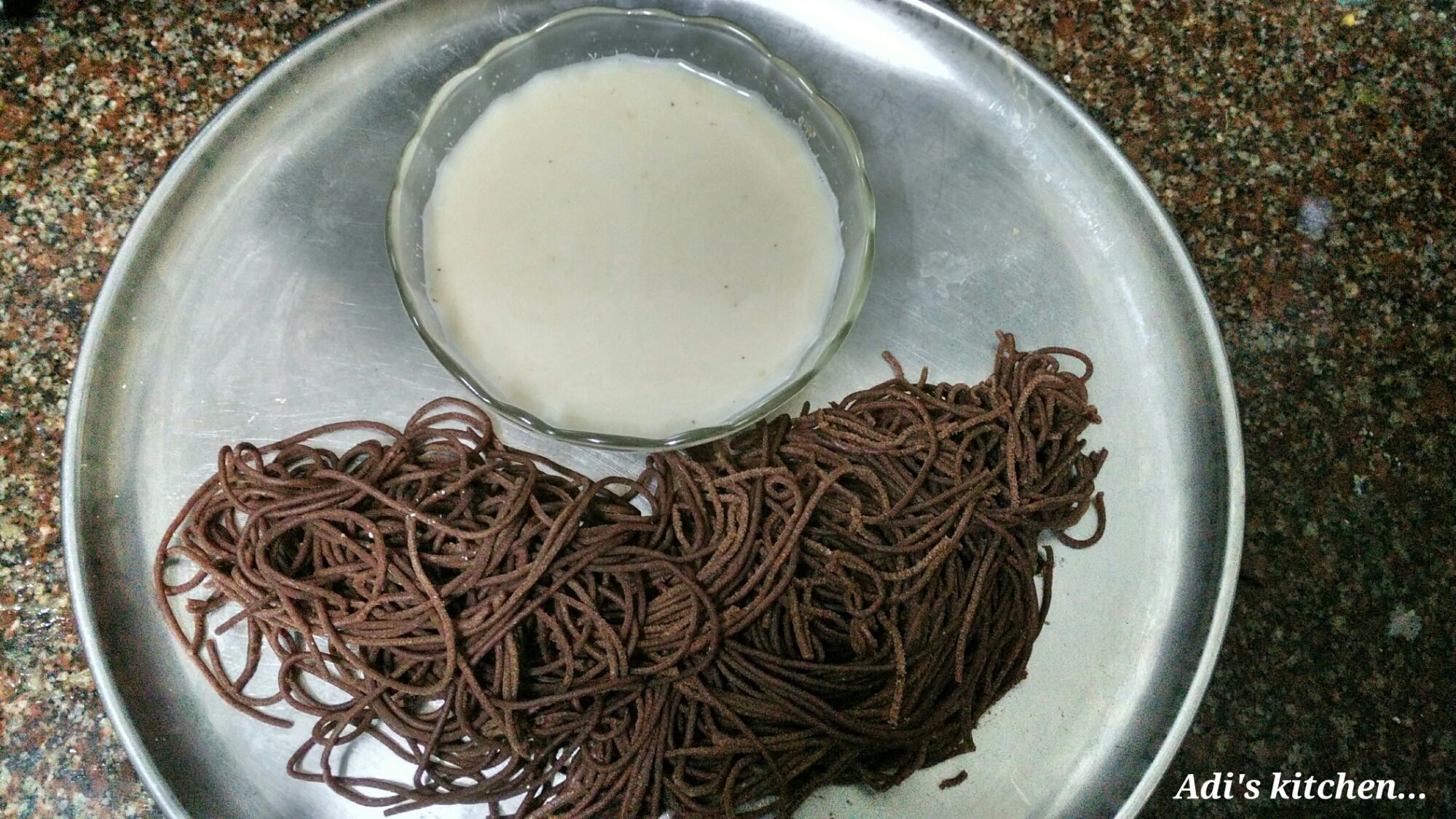 Shirvale is a traditional recipe made in the Kokan villages (Maharastra, India) with Rice / Ragi or  Nachni(finger millet) flour and served with sweetened coconut milk. It is one tedious recipe. Mainly made for special occasions.

During my childhood whenever we visited my hometown during vacations making Shirvale was an occasion in itself. We kids would go bring the shirvale maker which was a wooden device about a foot tall from whoever had it in the village. While the men would get freshly grounded flour and women would sit to grate the coconut and then knead the freshly grounded dough. Thus the making of Shirvale would begin with everyone in the kitchen.

I don’t know who said, workouts can’t happen in the kitchen but I do know he/she surely hasn’t tried making some of our traditional Indian recipes. One thing I can say, Your entire bicep triceps shoulder workouts can happen while you prepare this dish 😉

Nutritionally speaking, it’s best when made with nachni (finger millet). Though in terms of taste, rice is a better option.

Do give it a try and let me know how you find it.

Drop a comment if you need a recipe for my favouri

It looked like a rock with weird shape, and muddy

Not that we have those cold, snowy or chilly winte

I can officially say, salad are my jam. It's my th

Did you have a fruit today? I had this beauty. Unl

Here is a #blackfriday advice from a #dietitian fo

Tell you a secret, I am not great with making soup

Save & Use but read this before doing that👉Thes