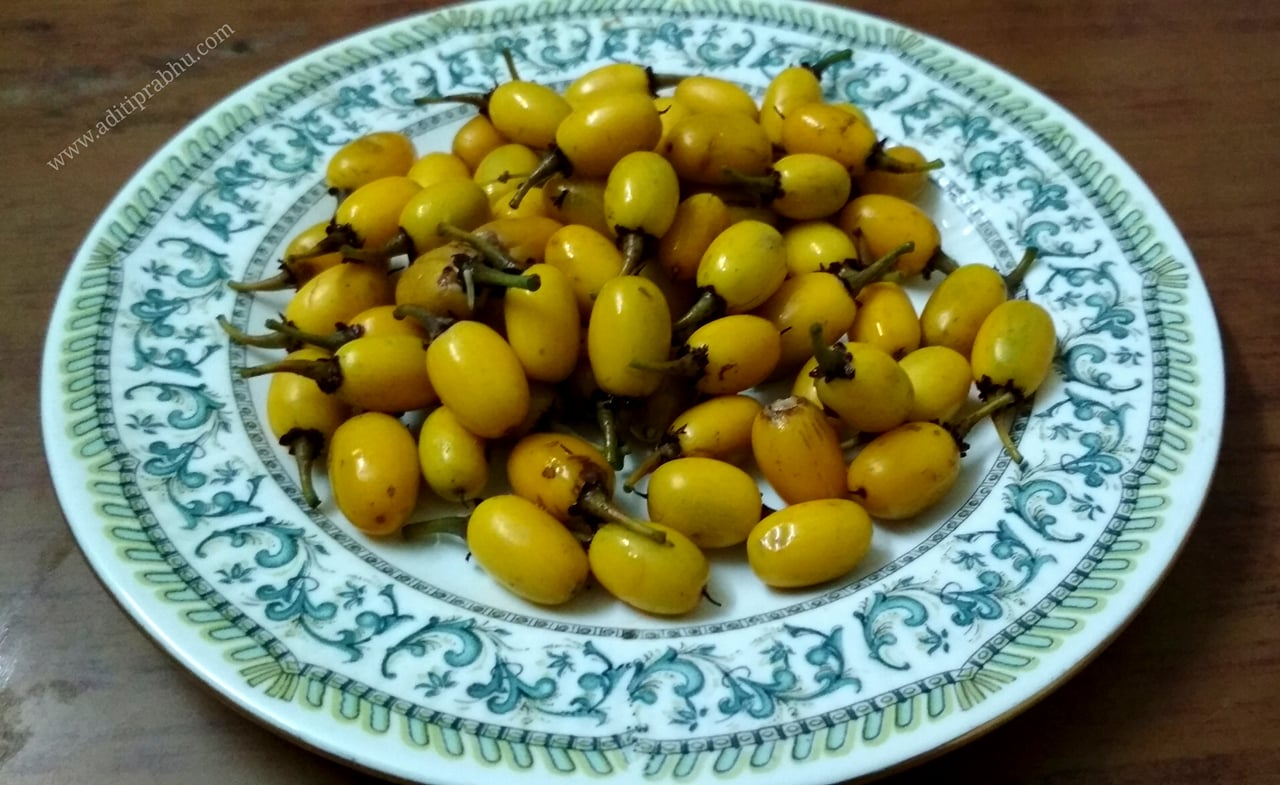 Personally, I share a very love-hate relationship with Summer. It too hot and humid but then you also get all these amazing varieties of colorful fruits and vegetables.

Out of all those colorful fruits, today I am writing about a very interesting golden yellow wild berry called as Khirni or Rayan. Khirni is a small fruit about 1-1.5 cms long with a thin peel, little flesh and a seed in the center. It is sweet, slightly sour at times. It is said that it even acts as an appetizer and aphrodisiac.

Availability: Mainly grown in the regions of Maharashtra, Gujarat, Rajasthan, and Madhya Pradesh, it is only available from early to mid-summers i.e. Around April-mid May. Some vendors do sell those even until late May. It’s not easily available and often sold by vendors who sell purple Jamun or other wild berries.

Apart from the fruit itself, even the bark and seeds of these plants have medicinal and other uses.

As per some of the researches done on this fruit, they state that it is a better source of antioxidants and hence has health benefits.

Stop. Breathe. Think & Drop me a comment about you

No one asked me my relationship status but I just

It's summers, raw mangoes and mangoes are here.As